Finished a painting of my friend Kipp the other day which turned out pretty well. I actually thought to take progression photos along the way (smartphones are actually good for something other than texting), and thought it might be of interest to others to see how a painting takes shape.

First — I usually start off by doing an underpainting or sketch in burnt sienna. This gives a warm undertone to things I find appealing. At this point I’m primarily looking at getting proportions and basic placement the way I want it.

If you look closely you’ll see a light grid drawn in pencil. I’ve worked with photographic sources most of my painting career but have changed how I use them. Back when I was in grad school and for about 10 years afterwards, I shot 35mm slides and would project those.

These days I mostly shoot digital, using my phone, then print them out on a color laser and grid them off. They each produce a slightly different look. In addition to gridding, sometimes I’ll print out the photo and project it on the painting surface using an Artograph opaque projector. 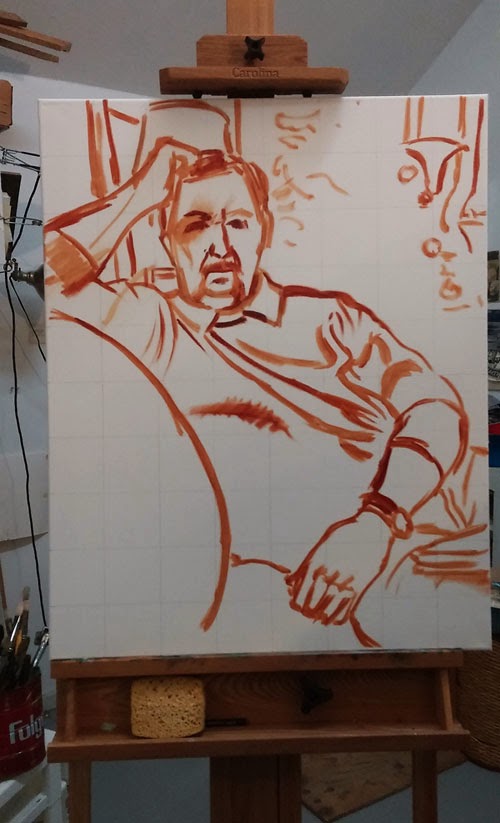 Second — I usually work from the edges towards the center, doing more of the background elements, saving faces and other centers of interest towards the end. This has the effect of lulling me into working looser on these bits since (in my mind) they aren’t the “important” parts.

Curiously enough, because I work more freely, this has the side effect of sometimes transforming these areas into the centers of interest in the final painting. The sweater, for example, took on this role. 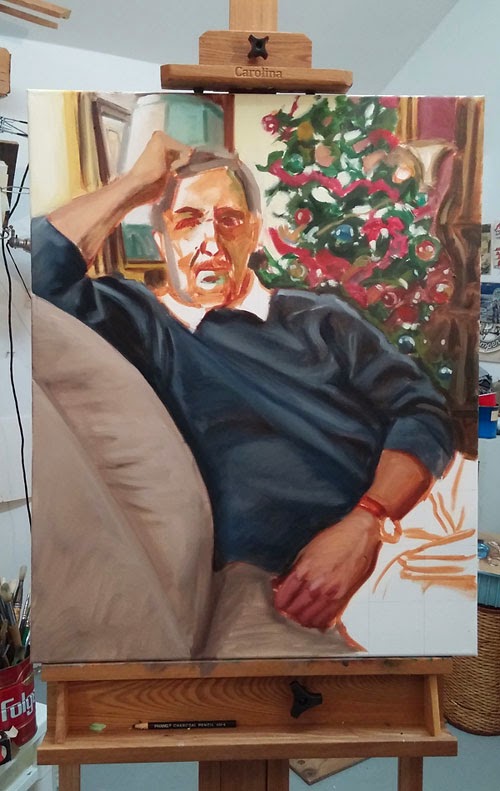 Third. At this point I was pretty far along, but I wasn’t completely satisfied with where I was with it. The painting was clearly of Kipp, but there was something about the likeness I wasn’t happy with, and I couldn’t quite put my finger on what it was. I was about to leave it as it was when… 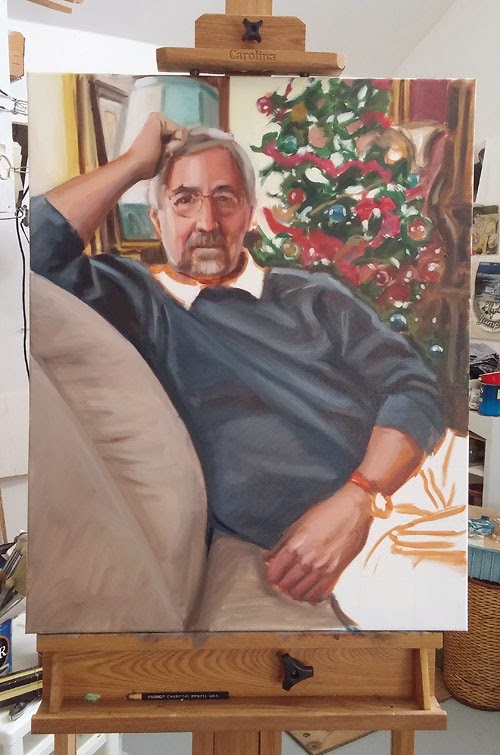 (Fourth – brief interlude) — I noticed it was Kipp’s birthday. Since I was painting this portrait for my own amusement, I decided to do a little quick study as a birthday present. I found a piece of old 1 x 12 in the studio that had been cut up for some now-forgotten purpose. The aged pine had a nice middle-tone that served as a toned ground.

I spent about 45 minutes during my lunch hour just having fun with it. When I was done, I looked at it and saw it was by far a better painting than the one I’d been fighting with for the last several days. So now I couldn’t just leave it… 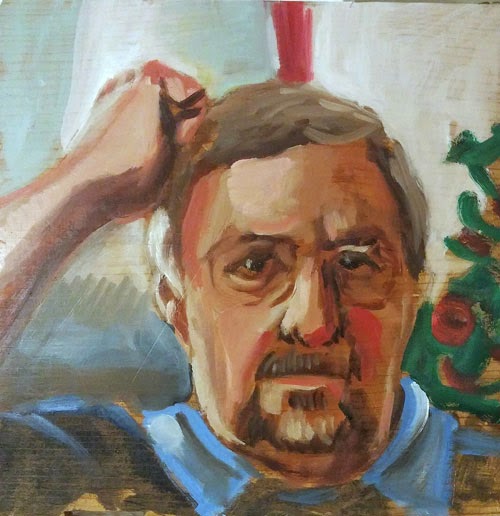 Fifth – I stared at the painting and the study, trying to sort out why one was so good and the other not. I went back in, wiped out what I had done with a turpentine-soaked rag (the painter’s best friend), and started over.

A fair amount of the problem was some subtle proportional issues with the shape of the head and what-not. The rest of it was just that the painting was overworked – the surest way I know to ruin a painting.

So I finally finished; it still wasn’t as wonderful as the study but it was definitely improved. And somedays you just have to be satisfied with improvement over perfection. 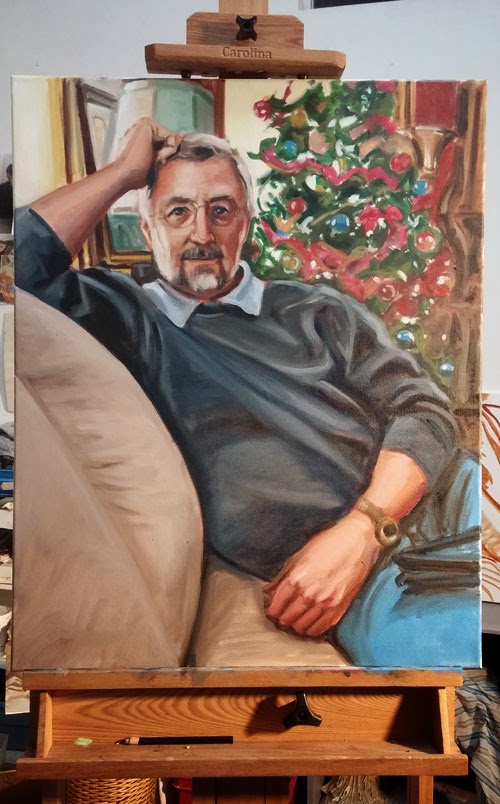 Hope you found this interesting!